It was New Year’s Eve 2017 and the party I was supposed to go to fell through. It seemed as if it were too late to ask anyone if I could crash their plans. Trust me, if you know me, then you know I have no problem inviting myself to whatever is going on. I know my friends, they wouldn’t mind if I tagged along to their night. But there was something in me that just didn’t want to.

I found myself in yet another, sometimes annoying, predicament. I was the only one, in my circle of friends, who was single. That Christmas, the usual announcements were going out. Those milestones in life that people want to share over the holidays because it is the one time that all the family can get together. It was like this wave or domino effect. One person got engaged, all of a sudden 4 more people pop the question. Someone made the announcement of a new baby, then three other invitations for a gender reveal parties miraculously appear.

I thought back to all my memorable moments in 2017. All the growth and exploring I gained that year. The new acquaintances I made and the friends I lost. The people who entered my life, even briefly, and the soulmates who never left. I experienced new levels of love and affection, as well as finding strength in myself and my independence.

Sitting there on my bed, I decided to ring the new year in alone. It somehow seemed fitting. Maybe tonight, I will go out and discover new places and meet new people. I will find myself riding in the adventure of a lifetime. Or, maybe I go out tonight and no one talks to me. I have a drink. Everyone looks and notices the lonely girl at the bar. I go home and continue to watch “Sex and the City.” Because, honestly, why would there be a woman in her late 20s be alone at a bar on New Year’s Eve?

Knowing all of this, I still went out. I sat at the bar. I ordered a beer. There was a couple next to me, and the woman complimented my hair. Ice Breaker? Cool Hair. On the opposite of me was an older man. Your typical lonely guy at a bar during the holidays. Hey, I don’t judge. I am just the much younger, opposite gender version of him. We smiled. He brought me a drink. We chatted. Found out why he’s lonely. The unfortunate part of life? Sometimes our close loved ones are no longer with us or worse, no longer close.

The start of my 2018 was not that bad actually. I met a guy an hour before the ball dropped. We chatted, we drank, we danced, and when the DJ did the countdown, this guy leaned in for a kiss. It wasn’t magical. Sparks didn’t fly but red lipstick was all over his mouth. We laughed and danced some more. I continued my adventure to the next bar. An Irish pub filled with Irish people. Awesome music, great accents, Hot Toddies all around and an even hotter Irish guy buying me drinks. I stayed till we all got kicked out of the bar. On my way home, I smiled, ear to ear. Even though I was back in my home country, this night reminded me of my amazing two weeks driving around Ireland. I would explore the country, go to a bar, dance the night away and get fast food. My favorite thing to do every night? Grab my fast food, crawl into bed quietly in my hostel, eat my take out and watch Netflix. It’s the most fun I could ever imagine having.

The next day I called my best friend and told her about my night.

My Person: Why didn’t you tell me you didn’t have plans! You could have come over to my house party!

Me: I thought it was just a family thing. I didn’t want to intrude.

My Person: I thought you were out with friends that’s why I didn’t say anything

My Person: Yeah but you were alone.

WHY AM I USED TO IT? WHY DO I RIDE SOLO?

It’s been something I’ve done for as long as I could remember. Growing up, I didn’t get to play with my brothers much because well, they’re boys and I’m a girl. There was no playing together. So I played by myself a lot… But that wasn’t really what made me realize why I do things by myself.

I was twelve years old. I was wheeling myself in from yet another hard, painful but successful physical therapy session. I was smiling with triumph. Soon I will be out of this wheelchair. I couldn’t wait to tell my mom that I was able to get from the wheelchair to another chair successfully. There she was, my mother, praying as tears streamed down her eyes. This wasn’t the first time. This was almost every time. How do I share the news that I feel like I’m getting better when I knew why she was crying. I will never know how she was feeling at that moment. I will never understand the pain she was going through. What I did know, she had another child who needed her more than me. At that moment, I knew how I felt, what I had to do.

I was twelve years old. I knew I was going to be okay. Not even a teenager and I knew my strength. “Go to him.” She wiped away her tears and pretended like she wasn’t crying.

“What are you talking about?”

“Go to him. He needs you more than I do.” It was true and a lie at the same time. How could one statement be the truth and a lie simultaneously?

She looked into my eyes. I don’t know what she was thinking exactly but she knew I understood. My mother had to experience some of the most tragic things, but I felt like this was the worst. Being torn between not one, not two but three of her own children. Me taking that first step was what she needed. There was no way she would have done it on her own. It was one of the hardest things for me to do that would later affect our relationship as I walked into my adulthood. But, at the age of twelve, I also knew it was the right decision.

And that’s when I’ve been on my own since. Yes, I still had my family and my friends. I have been surrounded by people who love me for the past 16 years. But there have been many moments where I felt like I needed someone, and they just weren’t there. Like the time the nurse stuck the needle into my vein wrong and no one was there to hold my hand while I tried to hold back tears. Or the time I needed to get up and get water but couldn’t move my legs. There have also been moments where I didn’t expect to need someone, and there they were. Like when I didn’t tell anyone I broke up with my boyfriend of three and a half years and my friends showed up at my door with pastries and movies. Or when, that same boyfriend, surprised me with dinner because he knew I was coming back from my parents’ house and that was never a good thing.

Ringing in the new year was definitely one of those times when I really felt like I didn’t need to be with anyone in particular. Don’t get me wrong, it would have been nice to be surrounded by loved ones as I ring in the new year but honestly, I would rather have someone with me in the hospital.

Life shows you the strength you never knew you had.

Life shows you how you can to ride solo. 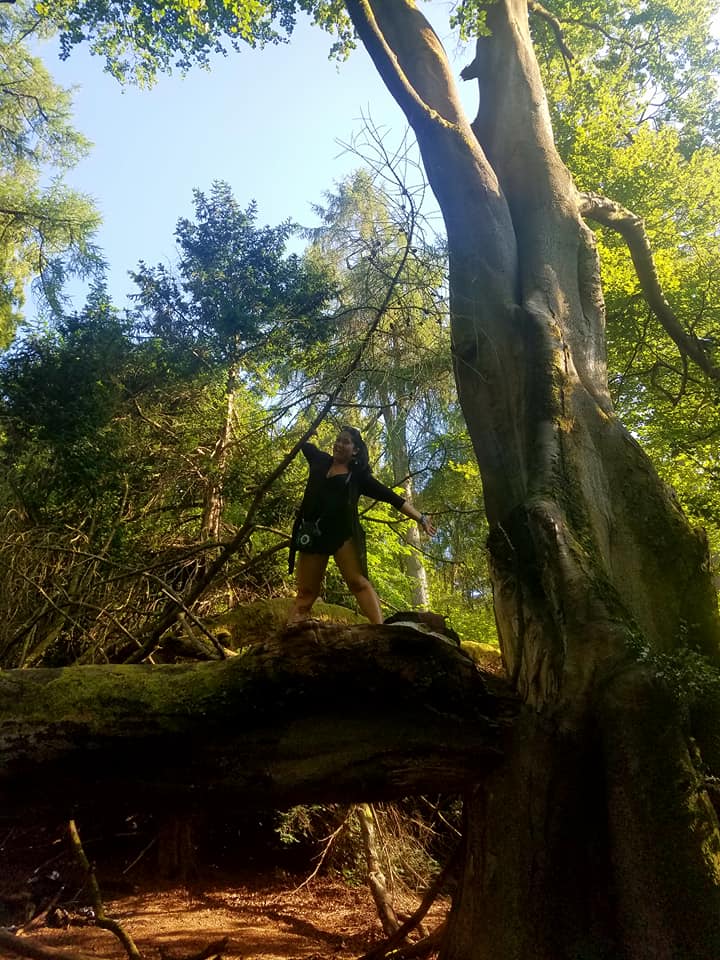